A theatre full
of history

The "Apollon" Theatre is a symbol of Hermoupolis, inextricably linked to its history. The city, founded by refugees, was a social, economic and architectural miracle of the 19th century with remarkable culture movement and creative refulgence. 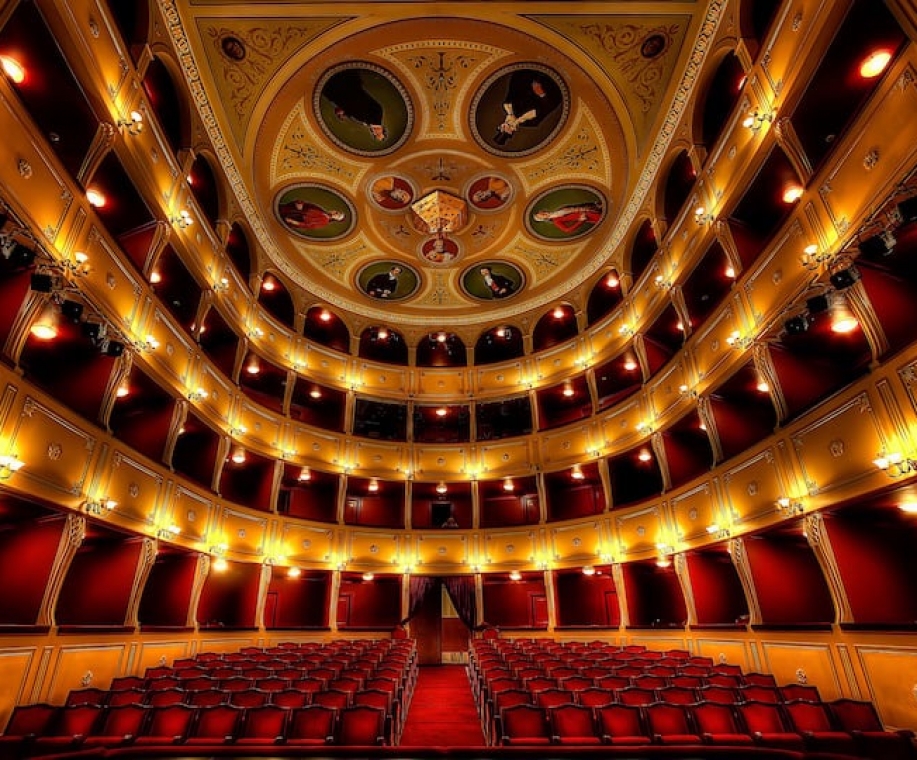 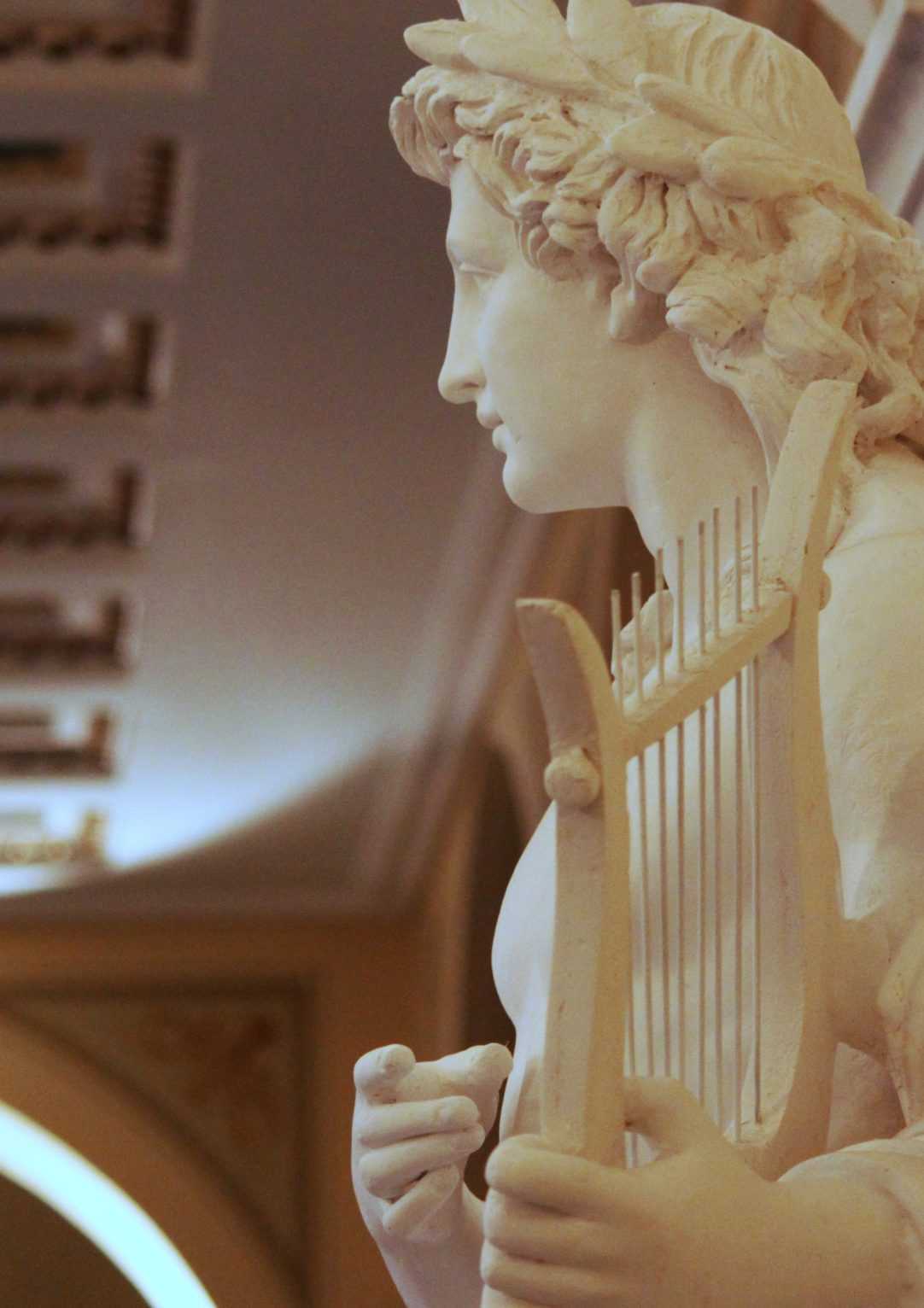 The profound need for a permanent stage to accommodate the city's continuing artistic activity that was hosted until then in makeshift venues, such as wooden warehouses, coffee shops and clubs, led the City Council to the decision of establishing a theatre in the city centre

The building was constructed within just two years (1862-1864), based on the designs of the Italian municipal architect Pietro Sambo. Its architecture has been influenced at least by four Italian theatrical standards: "La Scala" in Milan (1776), "Teatro San Carlo" of Naples (1816), the academic theatre of "Castelfranco" (1745), and "Teatro della Pergola" of Florence (1755).

It was inaugurated on April 20, 1864, with the opera "Rigoletto" by G.Verdi, and three more opera performances: Donizetti's "La Favorita", and Verdi's "La Traviata" and "Ballo in maschera".

The "Apollon" Theater enjoyed years of glory along the unique prosperity of the city of Hermoupolis. Over the years, distinguished artists and leading theater companies, from Greece and abroad, performed on its stage a variety of repertoire focusing largely on opera. The theatre remained in the spotlight, attracting the attention of famed performers even when the economic recession of the city had become noticeable, from the beginning of the 20th century until the interbellum. The theatre history of this period has been documented in a valuable four-volume work by the poet and aurthor Manos Eleftheriou.

During the occupation time in World War II the theater was used by the Italian and later by the German guard as a cinema. After the liberation, it went on operating mainly as such and occasionally hosting theatrical performances. Its last flicker of the life was the play "Shadow" by Dario Nicodemi, which was the farewell performance of the famous Greek actress Marika Kotopouli (1953). Shortly after, the theater closed down ,as it was deemed unsafe and unsuitable for performances. 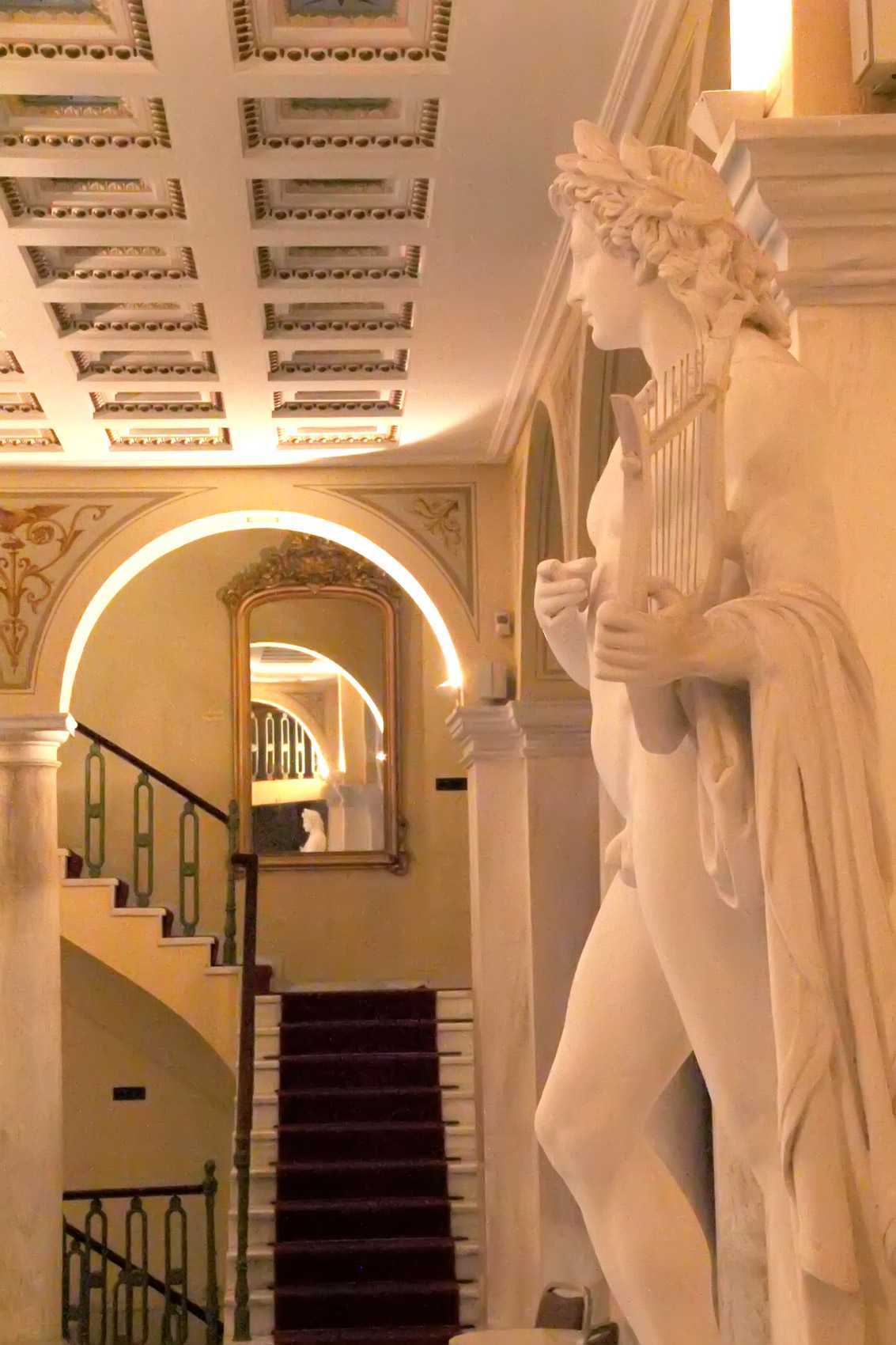 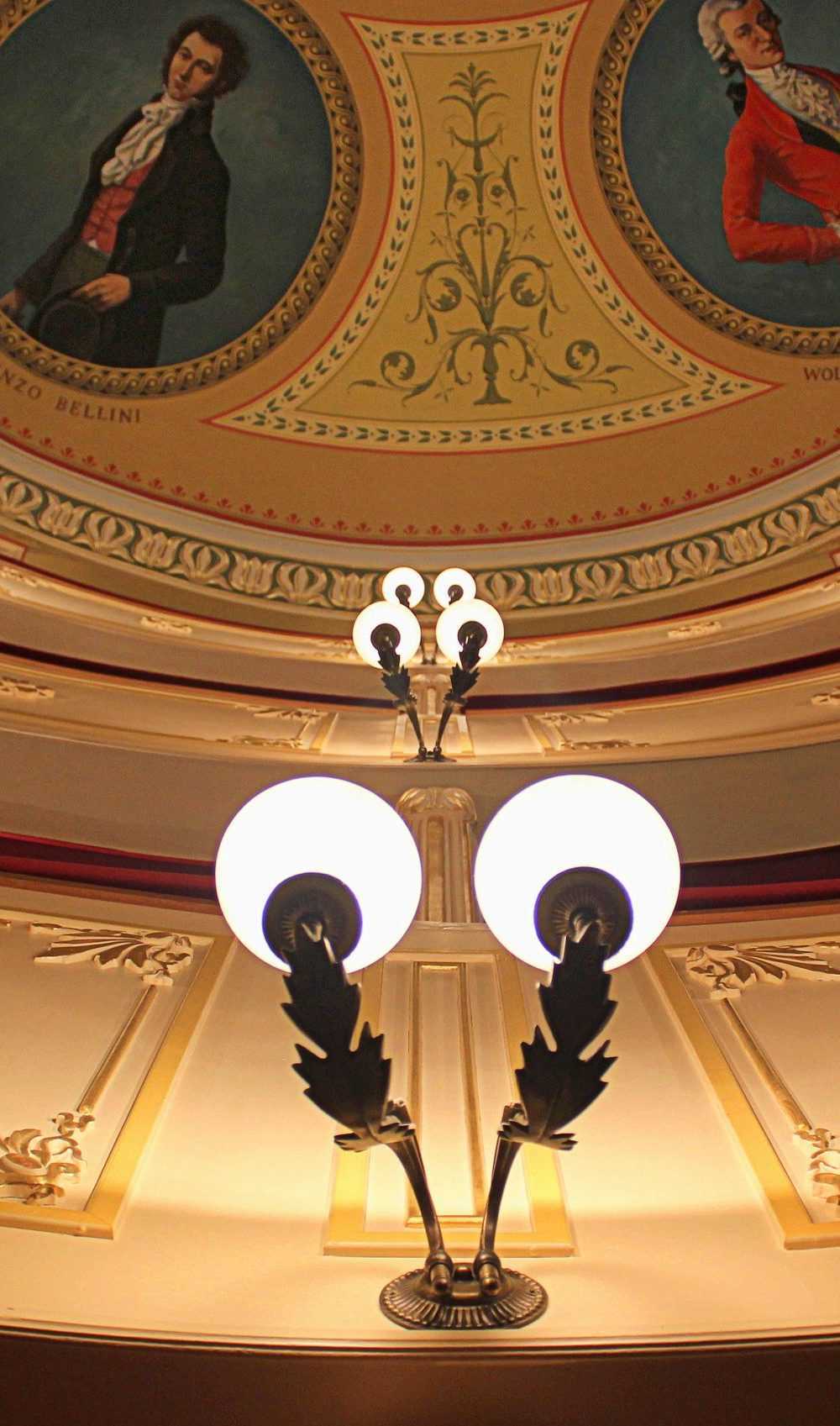 In 1970, an initial renovation attempt commenced, which was left incomplete due to insufficient funds, during which the theatre's interior was spoilt severely

Answering the unremitting requests of the local community and cultural societies, the restoration of the theatre to its original form begun in the 90's and was completed in 2000. The restoration work was realized through funding from the European Union and the Greek Ministry of Culture, based on the designs of an architectural team lead by Peter D .Pikionis.It was inaugurated on july 17 by the mayor Giannis Dekavallas.The magnificent frescoes on the walls and cellings which embellish the interior of the building were created by Dimitris Fortsas

Today, the theatre hosts various productions and international festivals throughout the year with music, opera, theatrical and dance performances, and many more. On the third floor of the building, a small exhibition of posters, programs, photographs, artifacts and personal items, offers to visitors a glimpse into the theater's great history. In 2014, the "Apollon" Theater celebrated its 150 years of life, passing onto a new era of elaboration, aspiring to sustainability and modernization.

In 2014, the ‘Apollon’ Theatre celebrated its 150th anniversary, entering a new era of development aiming at not simply hosting artistic creation, but ensuring
its sustainability and modernization as well. 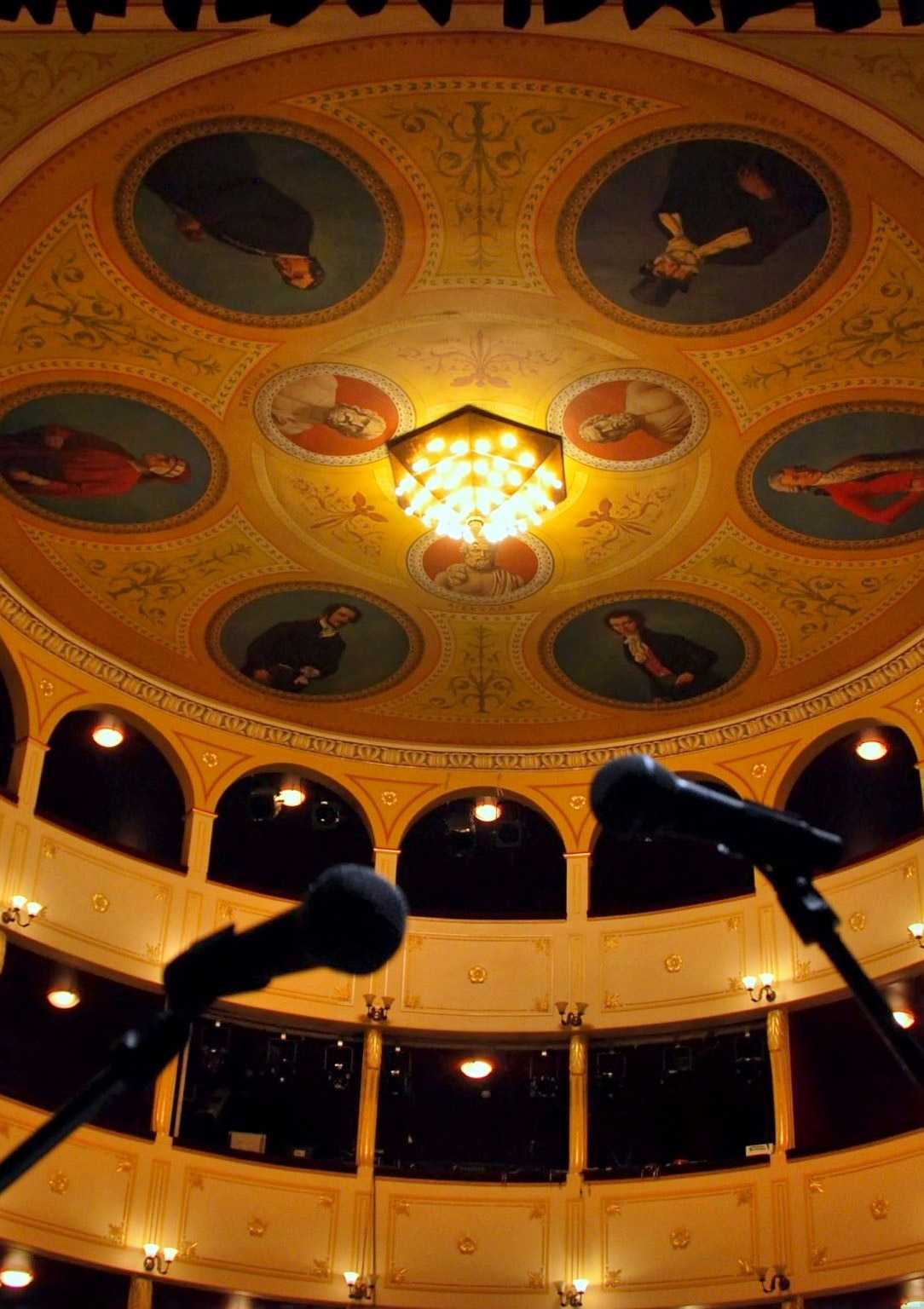 The ‘Space of Memories’ on the 3rd floor of the Apollon Theatre takes the visitor to another era. The exhibition is adorned not only with showcases of documents, posters, old tickets and photos of actors and other celebrities of the old era, but also with three dressing rooms with personal items of the famous tenor Zannis Kampanis (1908-1992), the greek actresses Anna (1918-2010) and Maria (1916-2006) Kalouta and the famous actress Eleni Papadaki (1908-1944). 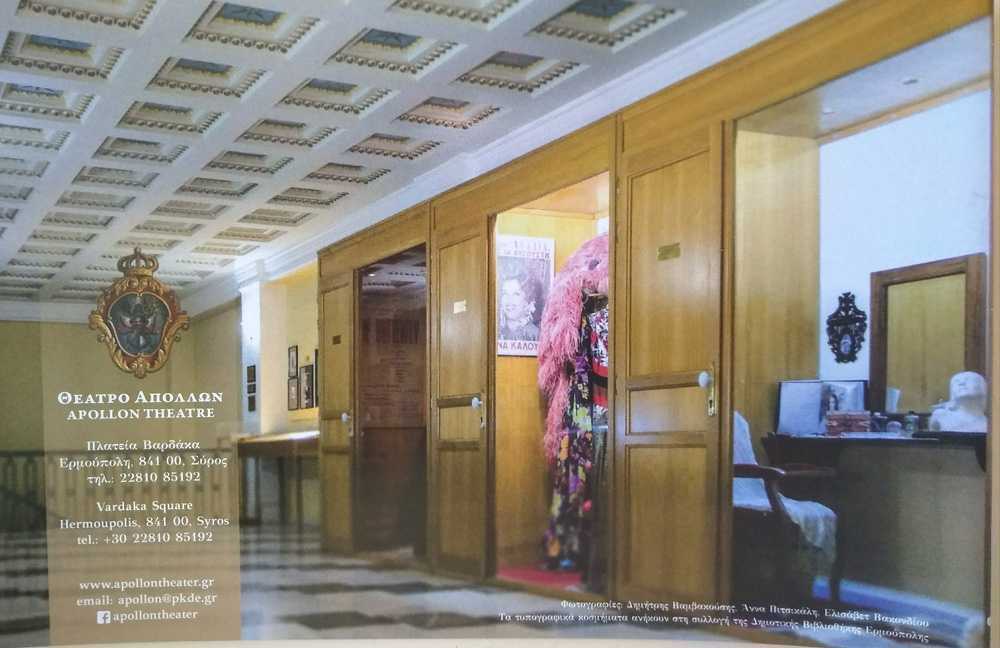