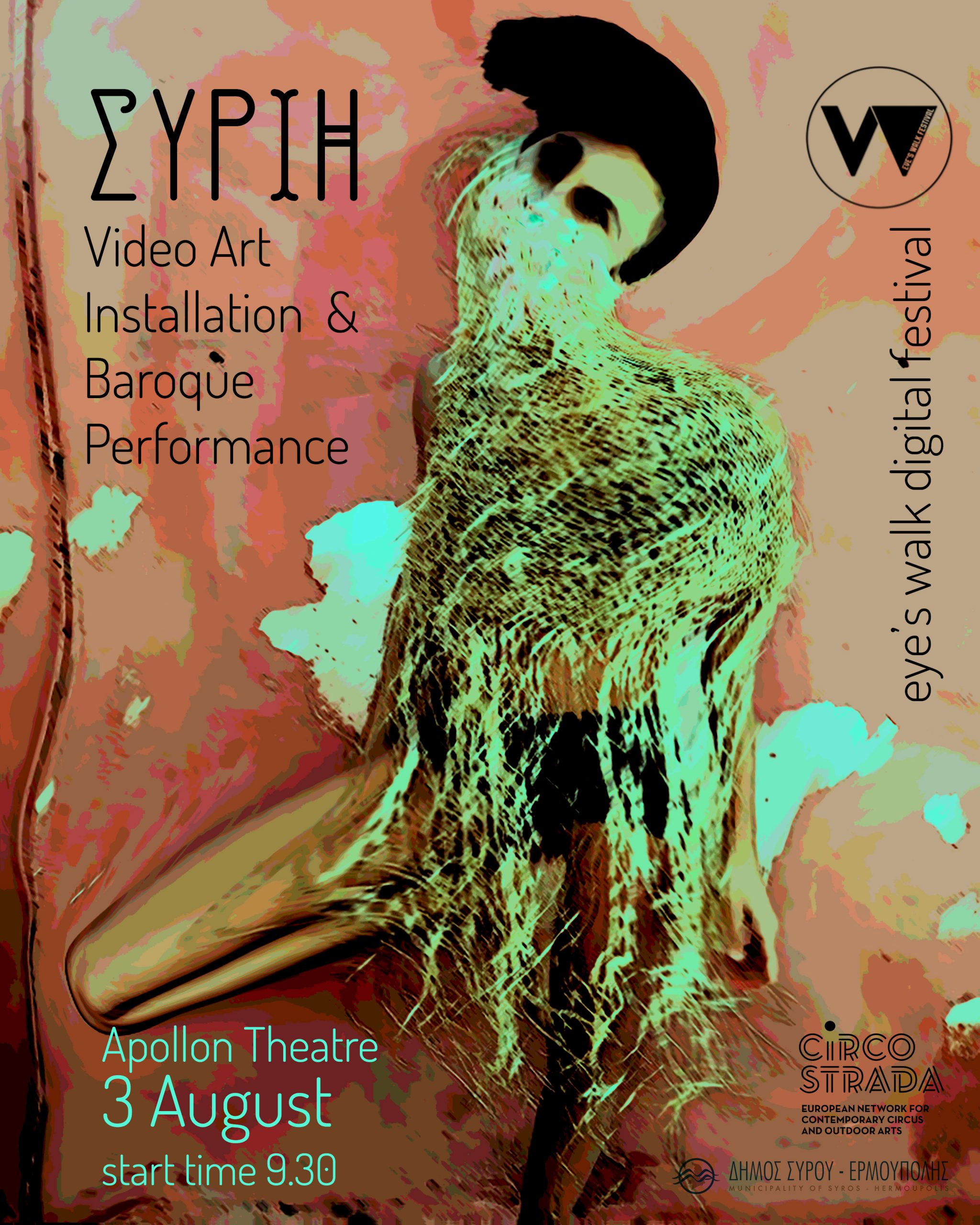 A digital transformation is unfolding on the facade of Apollo Theater, in the heart of Hermoupolis, Syros.
In a bustling, cosmopolitan and consumerist Hermoupolis, we propose a new world of Nature, Fantasy and Distortion, which connects the neoclassical history of Syros with the boldness and adventure of contemporary art, Video Art and Soundscape installation.

The work “SIRII” is composed by the interaction of two magical impressionist artists, who worked separately, one of them on the video, the other one on the soundscape. They meet for the first time artistically, on the facade of Apollo Theater.

German/Swedish Visual artist Wolfgang Lehmann with his psychedelic work “SIRII”.
The Greek visual artist and master of musical improvisation Ayis Kelpekis, with the original Soundscape installation, who will create compositions of sounds, especially for “SIRII”.

Our invitation to these two artists concerns the creation of a modern, magical ceremony, which will reveal to each of us individually, the history it hides.

Wolfgang, closer to visual impressionism, creates an orgiastic Nature, from magical plants. It leaves the mind in psychedelic visions, to meet the Valkyries – female deities, hidden behind the foliage, before the battle, calm and feminine.
Ayis travels around the world, collects sounds and unknown sensations and composes a musical journey interpreting the visual journey in his own way.

Through these intersections and transformations, what Eye’s Walk suggests with “SIRII” is more energy than thought. We suggest more of a vibration that will happen just for this night, than a finished project.

In the charming “SIRII“, we co-exist with memory, remaining curious about life.

*SIRII is the name of Syros island, used by Homer.